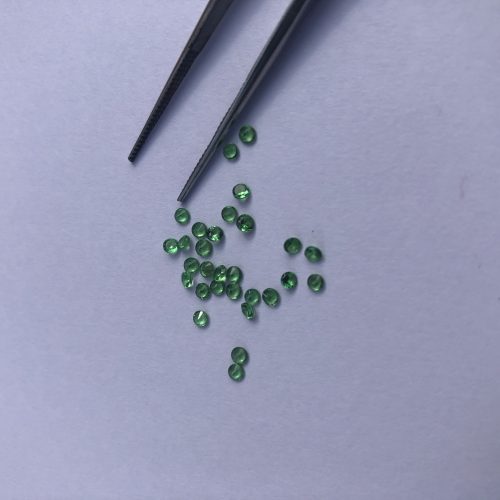 Our thoughts make us act, a clear view. Those thoughts also make the path of life un-tracked, but even if they are accompanied with savvy achievements then the track becomes smooth and so the experience also thoughts get a definition, quite sounds like a Green Garnet Stone. Natural Green Garnet Stone For Sale at Wholesale Price.

Garnet is like a Gallery some are clearly defined and abundant while some are rare, bite the rite to get your prosperous track on the track. Well, it’s not a chocolate to your ice cream but the compassion of green to your crust as the silent month is one and rare in the garden of the calendar just like your inner beauty which goes out to make the life of another person Beautiful.

Green is the ride to make it right and dahat’s rite. Your woods are the warrior and the stone guards it from the snow of Life which tries to fill those woods. The shorter the span, the more is the resistance, but we tend to open our horizons to absorb the rainfall, and that’s where the rare green Gem foster the diversions and enhances vigor and vitality. Hence, a January Garnet is a Gallery, rare gallery although sometimes abundant which gets your intense, saturated refractive index.

Well, a January Gemstone rare and gorgeous enough to Emerald you with its beauty, aint an emerald but tossed with grace & elegance Green holds the inclusions also glistening gemmy vibrations.

Green, a Gem in the Garnet group a Grossular variety of calcium-aluminium Garnet. Back in 1967, Campbell R Bridges a British Gem prospector and geologist made a discovery of green deposits in the mountain of north-east Tanzania and the deposit found was very rare, intense in Color and highly transparent. Leading further, founder of Elton’s Mining Ltd. Peter Morgan, with his team, discovered the viable Gemstone quality in the area of Tsavo West National park which further leads to the naming of the deposit as Green.