Home › Story of Each Gem! › Rhodolite Garnet – Every GEM has its Story!

Easy Tricks: How to Know If Gold is Real? Gold is extremely precious and also a serious reason behind real prosperity. You definitely feel p
Read More
2070

Rhodolite Garnet – Every GEM has its Story! 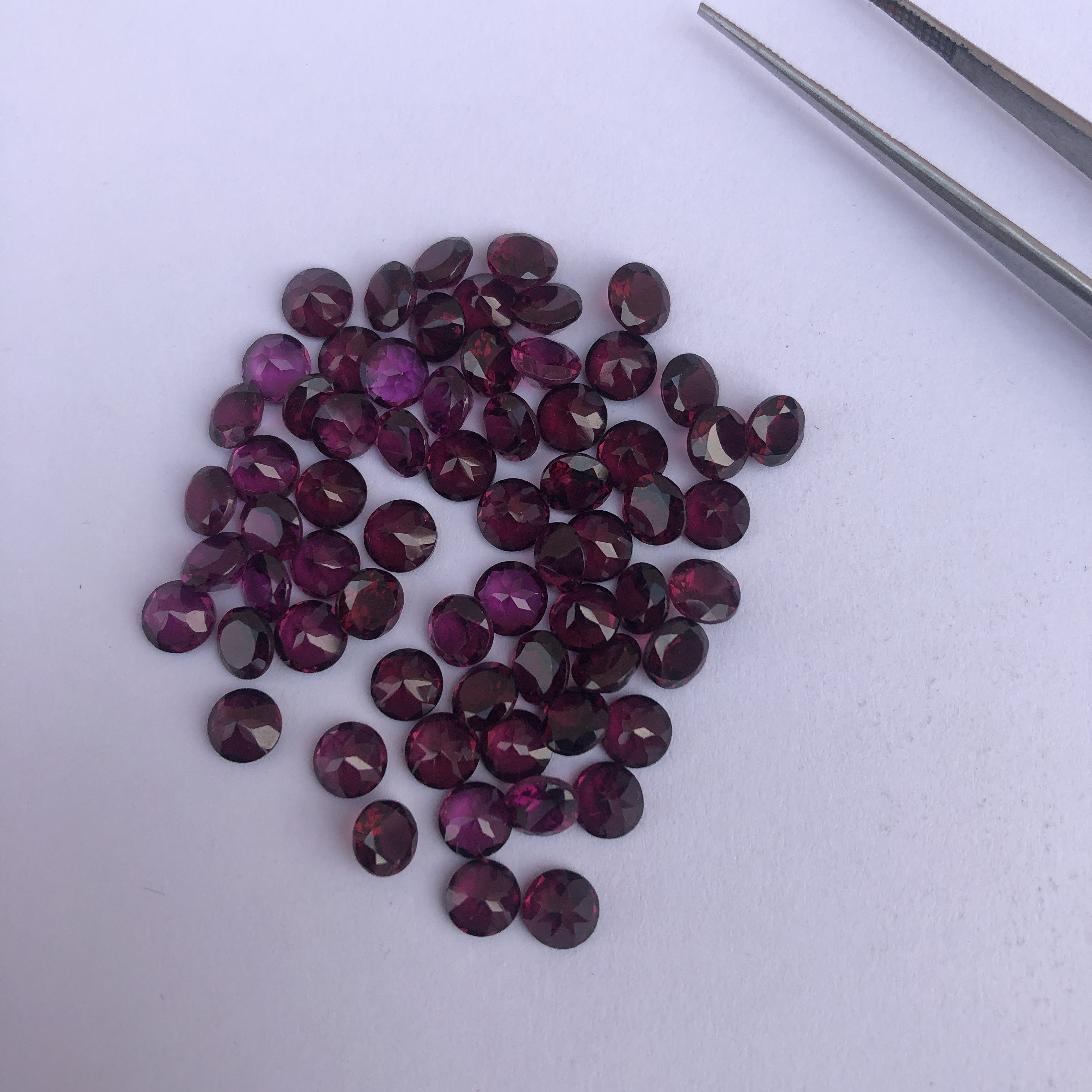 “Welcome to the World of Rhodolite Garnet”

It is the beginning, or we can say a renewal to your hefty life. Yes! A month of cold can warm you enough that your last cheeks will get Heal. On the road of your journey, a Rhodolite Garnet could be a light in your unlit sighs either you deny in it or you gotta raspberry it because resolutions won’t work until your spirits are not energized, either way, you gotta be a spirit to your Rhodolite.

Paint us about the soul who is not ripped from their past crisis, Show us that you don’t want to unleash your potential, tell us that you don’t want those emotional cliche wounds driving you in nights like they are for real and you see them in mannequins while to head out. You wish it stopped, you wish it doesn’t bother you as shakiness can make survival instinct down because it’s you who can make your positive Rhodon umbrella. Hey! Rhodolite, more of a positive light than a gem, Let’s go! Power their pinkish hue textured spirits to let it go vital. 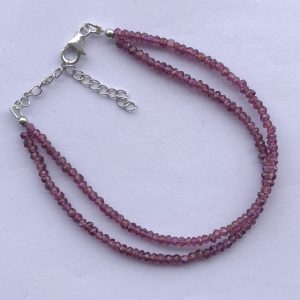 Rhodon a Greek word which gave us “rose colored” aka, pinkish hue gem Rhodolite. A Garnet mix of Pyrope and Almandine composition is a raspberry-red, purplish-red or colored Garnet.

Pyrope is actually a mineral in Garnet family, and Rhodolite (rose-pink to red) is a varietal name for it. The color spectrum of Rhodolite Garnet occurs in all the varying color tints among violet and red as well as appears transparent red-pinkish-purplish Gemstone. Sounds fancy isn’t it like a gemstone really got a feminine voice and preference.

This Garnet’s name is not a scientific term neither it is not recognized as an individual Gem. But a Gem is a Gem, single or grouped. The excellent point of this Garnet is unlike all other Garnets? Rhodolite Garnet is not generally treated as well as discovered in metamorphic rocks correlated with other manganese minerals.

Countries like USA, Tanzania and North Carolina, additional origins append Burma (Myanmar), Brazil, China, Kenya, Madagascar, Mozambique, Zimbabwe, Sri Lanka (Ceylon), and South Africa are the primary sources for this stone. The Gemstone is a mixture of Almandine and Pyrope Garnet, the Gem is comparatively least expensive compared to those Rare Garnets. 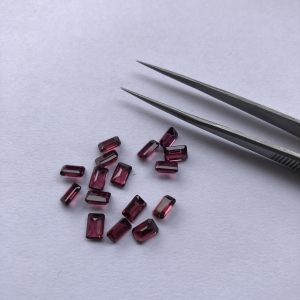 A raspberry-red colored stone is commonly more vivid in color then Pyrope and Almandine Garnet but often comes in purplish tint other than Red Garnet.

The value of the Gemstone varies greatly depending on size, quality and color. It is said that high-quality Garnets can be attained for as little as $40-$50 per carat. Vivid purple unusual Garnets are discovered recently in Mozambique. Rhodolite is a gracious, loving and good-nature stone which can enhance your energy levels wherever you place it.

Unlike other Garnets, Rhodolite is a hard stone scaled around 7-7.5 on Mohs’s scale, and mostly, the stone is untreated, which makes it perfect and brilliant for rings and value in the market.

The Gemstone is attuned with many guardian angels and honors of the goddess, which makes it a Gem that holds Base, Heart and Crown Chakras. The Gemstone can be identified by its Rose or Raspberry Red color. Rhodonite is a genuinely upright stone that toils with the Heart Chakra to draw love and pound negative energies. The impurities of black manganese oxide dendrite veins rolling within it give it a creative and exciting distinction & formation.

Valued more for its raspberry or purple-red color unlike other dark-Red Garnets, it has a lighter tone and does not shows any brownish secondary tint. 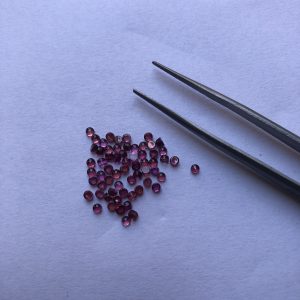 Healing someone is a significant part of the stone because as we say, Recovering with the stone is what makes the stone meriting each note as a result of we tend to do try and cut mainstream thoughts. However, all we manage to look for is doing that as before long as we have a tendency to get or thinks to shop for a stone. Tho’ stone sharpens your jewelry, They’re doing their a part of Gem Stream work for which they’re really designed. But, With beauty comes an ingredient of responsibility and astrologers have outlined that too.

Rhodolite a raspberry light-toned colored stone stimulated your metabolism. Enhances your sex drive, and makes your disordered lungs and heart fit as a fiddle. In cold weather generally, the body and the blood does not get in line correctly, but as a Pyrope Garnet, Rhodolite magnifies blood quality, boosts circulation, and aids blood dysfunctions.

You don’t want your emotional scars to let you feel down, unbalance you, makes you unmatured in terms of maintaining relationships then this stone feels gracious enough to Heal your psychological injuries of past and balances your energy. A peaceful life is what one seeks for as Rhodolite’s ability to Heal your personal thoughts of depression & unworthiness will divinely soothe your soul. Rhodonite enables one to see lots in their life that can be adjusted on without getting fluff on, scrutinizing or sentencing oneself.

The physical and metaphysical Healing of Rhodolite will let you linger on the trail that will take you to striking serenity and contentment.

Rhodolite’s aura of intensity and dash has fire energy overseeing your meditation and life perspective spurring foreknowledge. Loss of courage and hope in a relationship can be Healed from Rhodolite as it will strengthen your heart and will help you to settle the issues.

The stone will raise your kundalini energy, thus give your Chakras support as well as will bring you healing rays that will avail you in a physical, heartfelt, cerebral, and refined way.

Life will become powerful, cheerful, and a change for the betterment will be there as Rhodolite’s healing endowments are strong enough to get your a stability. 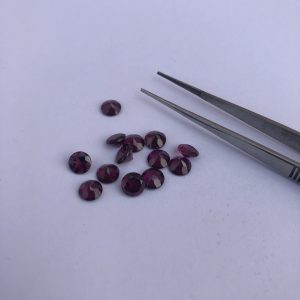 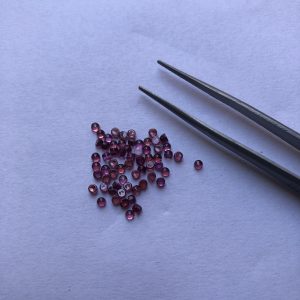 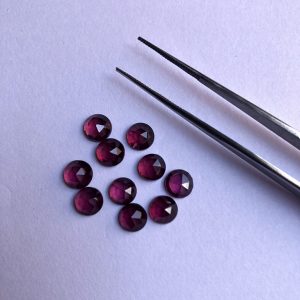