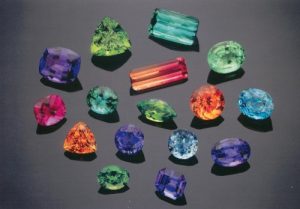 Envision being in a Land where there is nothing reliable, no source, no spaceships, no glitters, no spacing, and no nothing well, we are not talking about a Desert but can be taken as a new galaxy but are we on a Star-wars Ship is it Thanos wearing that gauntlet. You must have noticed that Gold plated strong nig hands with Stones on it which makes him more potent that he finishes off the World. We won’t recite the Story here because this is not a Page 3 blog. Still, all the Stars do wear a tremendously shinning Gem forget about that shinning Snapchat filter which doesn’t count in Shining but yeah what here is to focus is their Jewelry Shines more than their week collections. Those also have some renowned Stones on it not pebbles actually but a polished Gem – Interesting Fact About Gemstones

You must be wondering why in the World we are telling you that because that’s all available on the internet and Buzz-feed, but this is “Bulkgemfeed”. Its a fact that we won’t tell you those page 3 charades but what we talk is more valuable more “”Gemie””. Coming back to that ship with Thanos those Gems exhibit some exceptional and intense powers which can be said like – “they are actually made for it”. It’s a fact that every flower has one for the other interesting fact about it just like a tinder bio of any other guy, LOL! (the subject is situated to market trust swiping).

Get back here, if you have started to find a Gem, you know things are really Gorgeous around, and General thinking says that – the World is Pleasant, The Sky is blue, the Ocean is the mirror to it blue or grey you say. So its a Train on your dinner table serving food and you got some tasty fries on the plate, but you Know the sauce you lick was sold as a medicine in the 1800s pre-era of Pikachu. (that’s actually a fact in the World, but we didn’t spoil your ketchup taste).

Similarly, Gemstone World is another dimension in itself which is definitely Gorgeous, expensive, loaded with Powers (Healing), Workful for your situations and hey! You get some really amazing designs out there to flaunt in among your kitties and group. The exciting thing is this Natural Beauty is luring, and everyone wants it in their closet actually, like Rings, Bracelets, Pendants. Make anything creative with it they will have their hands on it. So, that’s the Power of a Gemstone and ability to Stand out which makes one of an Interesting Fact about it. We tend to throw away old stuff in the trash like it was never there before but do we throw this ancient era’s legacy. No, right because a Gem is Precious when it is old, and it makes your Jewelry look Precious when you have it on.

It’s not you but it’s them; yes, ancient people have a deep indulged Love for the Gemstones and their Healing powers also as a gifting courtesy. People nowadays elaborate their interest in them not only on the basis of their luxurious look but also based on their astrological influences.

Let us take to Egypt where Green Gemstones were favorite and valuable among ancient Egyptians which brings Peridot and Emerald, and the interesting fact about this is they usually get confused between both the Stones. Queen Cleopatra, an Egyptian Queen, was inclined towards Peridot but can’t take her favorable side away from emerald as well although Peridot was the winner in her list.

Who doesn’t Love eating a pomegranate, good in Taste, great for blood but you can’t wear them so, here came Garnets a define look-alike of pomegranate (not to be eaten but to be worn). Well, an Interesting Fact about this Blood-Red colored Gemstone is “It is said to represent Life, Death and Rebirth; give it to your dead ex and see she will be reborn. That’s a playful application of it; No, let her stay dead.

Once diamond said to Opal that I can cut every sharp object I am that hard, hearing this amber broke up with the Diamond as the Gem is the softest of all Gemstones. Guess what Opal got a thug Life and said I have always been surrounded by ladies bruh! They use me to protect their blondness of hair. It’s good that you were not there or else they will be bald from being blonde, and Diamond went to Elizabeth.

Here came a twist when it was found that the largest Diamond was found in united states and is named as Uncle Sam Diamond, what? Is this a new edition in the burger menu or a Diamond for real. The Fact is the Diamond is real, not a burger menu.

It was the birthday of a cultured pearl after 3 years hence this could be the slowest birth of all but guess Star of Asia one of the largest sapphires just made its presence over there straight away from Smithsonian Museum of Natural History.

Here not only zebra’s who have strips by birth, but a Gemstone is nailing in the looks as it got some handsome strips by nature giving it a banded appeal well, it is – Agate. Your life may not be full of colors, you might not like a Rainbow, but there is a Gemstone which is the most colorful and also called a Rainbow Gem. It is Tourmaline which came in every color (such a rangeen Gemstone).

We assumed that it might be your 5’th or 11’th year anniversary. Oops! No hard feelings for singles out there but the interesting fact is a gemstone best suited for your 5’th & 11’th year anniversary is – Turquoise a graciously Gorgeous wedding anniversary Gemstone. Indians dive in beliefs, they eat them in their breakfast, lunch and dinner and which gave birth to Moonstone; a Gem for good fortune and success in India. Are you getting one for yourself?

We are surrounded by blue everywhere, and we don’t have enough of it, but there is a Loose Gemstones which is rare actually a rare blue/violet gemstone; Tanzanite and the interesting fact about this Gemstone is that it is only found in one location – Mt. Kilimanjaro in Tanzania ( Yes, its a home country stone).

It’s an un-debatable Fact that Diamonds are Kardashians of Gemstones, and they also have varied colors which are rare, and this calls for the most extraordinary colored Diamond aka- “Red Diamond” found in Brazil, Africa & Australia. The interesting fact about it is only 20-30 pieces have been found of it, isn’t that great; world been full of gems and we tend to look for it in each other’s face.

Did we forget the Gem “Ruby” which is a symbol of life and love, so if anyone says that get a Life then you must get a Ruby of Red color which is one of the most fascinating in the collection! Gemstones have in-depth down Facts and secrets like Lapiz Lazuli when crushed into its powdered form was used as an eye-shadow – Interesting Fact About Gemstones

Prev postNext post
Crystal and Stones that Attracts Money Crystals and stones are famous for their enticing beauty. The vibrating colors
Read More
Guide: Gem Cuts and Shapes Gemstone are nature’s most beautiful creations. These tiny little stones hold impeccable beauty
Read More
Guide: Different Types of Gem Cuts & Styles Gemstones are one of the most exquisite creations of nature.
Read More
Learn How to Make a Bracelet with Thread at Home! Creating is a healthy and fun hobby that
Read More
Learn How to Make Jewelry at Home!     Jewelry is a lady’s, first love. Rings, earrings, necklaces,
Read More
Gauge to mm to Inch Conversion Chart Conversion of Gauge to mm to inch –  Conversion of Gauge
Read More
Crystal and Stones for Prosperity Precious gemstones are often regarded as beauty with brains. These stones not only
Read More
Tucson Gem, Mineral & Fossil Show – Schedule 2020 As you all know that, Tucson Gem and Jewelry
Read More
Back to Top