Home › Uncategorized › Tsavorite Garnet – Every GEM has its Story!

Our thoughts make us act, a clear view. Those thoughts also make the path of life untracked, but even if they are accompanied with savvy achievements then the track becomes smooth and so the experience also thoughts get a definition, quite sounds like a Green – Tsavorite Garnet

Garnet is like a gallery some are clearly defined and abundant while some are rare, bite the rite to get your prosperous track on the track. Well, it’s not a chocolate to your ice cream but the compassion of green to your crust as the silent month is one and rare in the garden of the calendar just like your inner beauty which goes out to make the life of another person beautiful.

Tsavorite is the ride to make it right and dahat’s rite. Your woods are the warrior and the stone guards it from the snow of life which tries to fill those woods. The shorter the span, the more is the resistance, but we tend to open our horizons to absorb the rainfall, and that’s where the rare green Gem foster the diversions and enhances vigor and vitality. Hence, a January Garnet is a gallery, rare gallery although sometimes abundant which gets your intense, saturated refractive index.

Well, a January Gemstone rare and gorgeous enough to Emerald you with its beauty, aint an emerald but tossed with grace & elegance Tsavorite holds the inclusions also glistening gemmy vibrations. 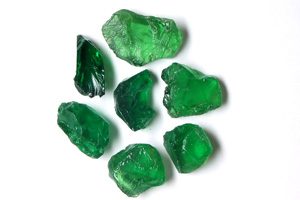 Tsavorite, a Gem in the Garnet group a grossular variety of calcium-aluminium Garnet. Back in 1967, Campbell R Bridges a British gem prospector and geologist made a discovery of green deposits in the mountain of north-east Tanzania and the deposit found was very rare, intense in color and highly transparent. Leading further, founder of Elton’s Mining Ltd. Peter Morgan, with his team, discovered the viable Gemstone quality in the area of Tsavo West National park which further leads to the naming of the deposit as Tsavorite.

Although the stone looks like an Emerald but more durable than it well, one of a rare and new Gemstone emerging in the market. This unique beauty has a home in barren lands which are infested with lions and jungle wildness of East-Africa and Kenya-Tanzania border.

Like you do have group names in real these stones also have a group name and Tsavorite has 6 named group species Grossular, Andradite, Pyrope, Uvarovite, Almandine and Spessartine. Though Grossular variety is orange/yellow/red, green is Tsavorite and brown is Hessonite. Having 2 primary deposits, one in Scorpion Mine in Taita, near the Tsavo National Park and the other one in Arusha Region, Tanzania.

Being Rare but has Use and Quality-

The Gemstone ranges from a bright yellowish-green color to deep intense green and also tint in bluish-green, but the most demanding and popular tone is it’s deep intense highly saturated bluish to mid-dark green color.

Being the crystal system Isometric with the hardness of 7-7.5 on Mohs scale and refractive index of 1.738 – 1.759, Tsavorite Garnet makes a piece of fine jewelry and is used in significant jewelry designs, patterns as well as varieties.

To get defined quality and inclusions, a stone is filled or either treated, but when it comes to Tsavorite’s house, then the rare gorgeousness is not processed nor filled to get any inclusions as it carries them with grace and in a defined manner.

Although the Gem is found relatively in small size and stones above 2.5 carats are held to be precious & worthy. Being the world’s rarest Gemstone, Tsavorite tops the retail to about $8000 per carat and stone size as one of the most expensive gems though the price is dependent on quality and size of the stone.

Direct challenges are meant to be faced with courage and no fear that’s why the use of Tsavorite Gemstone is made in the pursuit. As the stone is the representation of abundance and prosperity.

Green a symbol of growth and harmony which relax us and soothe to our youth ness.

Tsavorite, Green Gemstone manifest and stimulates the energy flow and builds creativity, also devotion & commitment. Looks and glow like a burst of sunshine when under the sun as this rare Gem is used as well as said to purify kidney, enhance fertility and efficient for the membrane and skin.

Heal with Rarity till Eternity-

The notion of wearing with a motion to Heal goes hand in hand as soon as the stone is cut and gets enters the market. Being from the family of Garnet, the stone is connected to love and Heals your relationship issues with your partner. So you can really gift the stone to your partner to give a smooth way to solve your problems as well as intensify his/her beauty.

Broken relationships won’t be broken enough as Tsavorite Garnet Heals you emotionally and helps to build the trust & color in your life. The vivid metaphysical qualities of the stone are way more powerful to make the wearer learn about the gratitude and compassion as the stone is believed to empower your endowments, commitment, accomplishment, grandeur, altruism.

The beauty helps one to get Healed spiritually and emotionally as the Healing powers of the stone is much efficient that it helps the wearer to find the beauty in themselves and in others.

The Heart Chakra is close to the stone as it settles emotions, feelings, thoughts, and eloquence of human beings connected to each other and the Chakra Healing properties of the stone makes it balance and ensures that there is no ups and downs in the part of relationships as well as in the cyclic course of exerting breath.

As Garnet being a traveler’s stone also a January stone and related to Noah’s Ark and being from the family Tsavorite provides strength, patience, positivity and vitality also Heal in spirit.

Tip – Use only warm water, soapy water or cloth to clean Tsavorite Gem and be sure to rinse the stone from the soapy water before placing it. 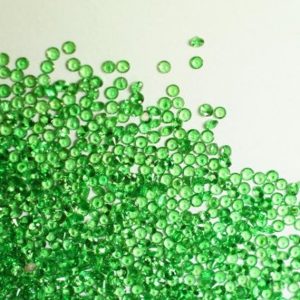 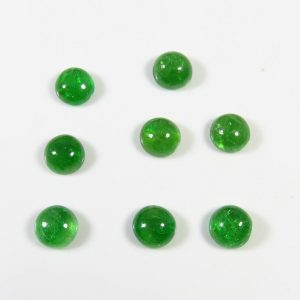