Home › Story of Each Gem! › Peridot – Every GEM has its Story!

Easy Tricks: How to Know If Gold is Real? Gold is extremely precious and also a serious reason behind real prosperity. You definitely feel p
Read More
2825

Peridot – Every GEM has its Story! 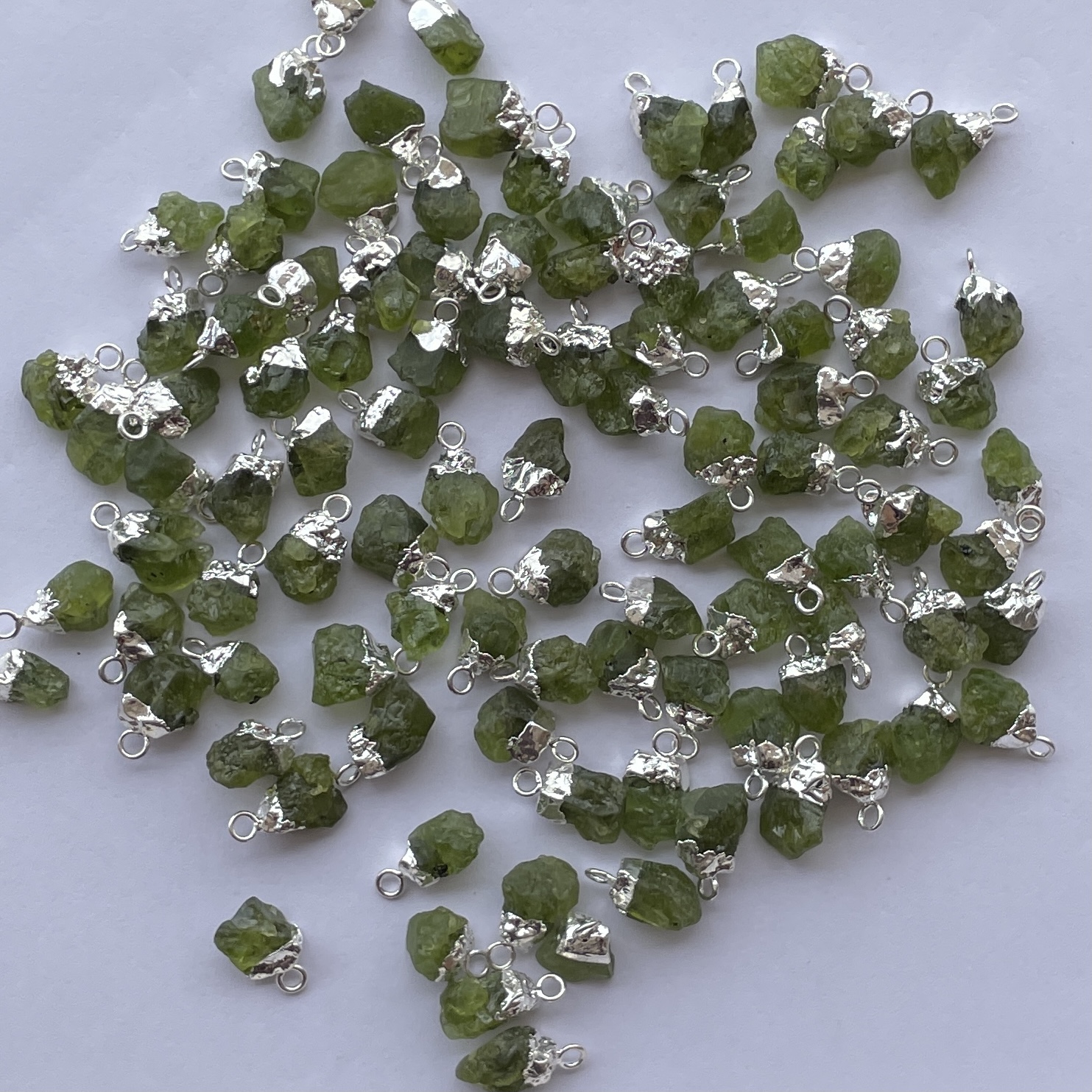 “Welcome to the World of Peridot” 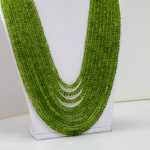 “Cast all your anxieties, fear on him because he cares for you,” says, The Holy Bible which gave the birth to this Olivine nature stone named – Peridot.

It is being said that –

“Old things are passed away; behold, all things have become new.” Just like all your terrors will get dispelled when this Charismatic stone will be used as protection against evil spirits.

Woh! Its energy will even chase them.

Ohh! Yeah, this Gemstone was the second stone used to refer God created to decorate Lucifer. 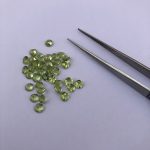 Call it a month of high soaring hawks, but it does draws sharp focus but will positively flash away your agony because August is geared up Peridot Gemstone, a divine stone to give you the strength to go with.

Peridot – I got your back August and of your people. 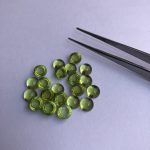 Relish a whiff! Think… Why we have stated about the bible above and its precepts… The origin of this very well-known Gemstone which was initially called “The Gem Of The Sun.” The stone was discovered on Topazo Island in the Egyptian red sea around 1500 B.C. made Peridot one of the oldest Gemstone ever found.

Historically, Peridot was called as Olivine and sometimes Chrysolite.

Peridot sounds such a fancy word as it came from the Arabic word – faridata, which meant Gem. The stone is currently mined in many parts of the world but still retains the grandeur of National Gem of Egypt.

When we talk about its origin then at times the stone origin was believed to be found in volcano ashes which were the tears of the Volcano Goddess. 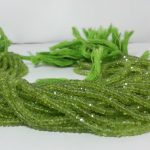 As the age of the stone is old and so as its origin is enthralling, the bible stated- Peridot was the second stone specified in the High Priest’s breastplate as well as procured from the Hebrew pitdah which translates it into Topaz. So the process of Lucifer decoration was done with Peridot.

In extension to its facts, the most vital and exquisite samples of Peridot come from the border area between Pakistan and Afghanistan.

Not only these countries are in the part of its life cycle, but the vibrant light green color stones with a subtle composition of silky gloss come from Myanmar. Some Peridots are more petite which comes from Arizona are usually a bit more yellowish or golden-brownish in tint. 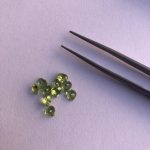 Peridot is not only a sheer olive-green to yellow-green Gemstone happening in the race but also used as a flux for steel production.

They say you don’t need an occasion to jewel yourself with some impressive Gemstones, but if it’s your 16’th wedding anniversary, then Peridot is the ideal Gemstone could be given your Gem.

The stone quality is regulated by its intense color. Brownish is the low-quality color gemstone, pure green Peridot is rare as mostly Peridot are more yellowish-green.

To get over the fact, the stones with the most elegant color come from Myanmar and Pakistan.

The price of this green mineral depends upon the carat value, i.e., a ring with a silver frame – approx $25 whereas the stone can go for nearly $900 a carat. Color and size govern the price, as well as quality, have a fair hook in it. 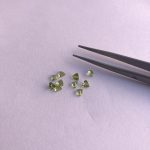 Well, it doesn’t end here as the location where the Gem was panned also plays a significant role in value. Stones from Burma, Arizona, and Pakistan usually set more distinguished prices.

Talking about its weight, the stone is relatively hard as Peridot rates 6.5 to 7 on the Mohs hardness scale, which is good toughness.

The Gem is enduring enough for Jewelry wear but should be worn with some care. Subject the stone to some hard hit, and it will have a grim blow that can shatter it.

Peridot, the transparent olive-green to yellow-green variety, a well-known Gemstone is used in many jewelry items including rings, bracelets, necklaces, and earring.

A Gem is a real Gem when it Heals- 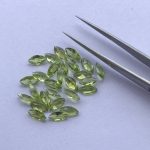 Peridot called as an evening emerald for its light green color stocks positive energy, essential for those experiencing traumatic emotional circumstances as well as suitable for prosperity and happiness. A stone which symbolized strength as a healing perspective is also known for its high vibrational Heart Chakra crystal property.

Even the bible says about its healing – Peridot, worn in a frame of gold, was assumed to disperse “The Terrors” of the night and is used as a safeguard against evil spirits and even hunt them off.

Hey! You like wearing necklace with a gorgeous Gemstone but also you who are afraid of getting negative emotions then Peridot when in necklace Heals it. When the life situations are giving you a setback, you want to move on and trust, but you can’t value then, Peridot is said to help people in understanding relationships and their importance. 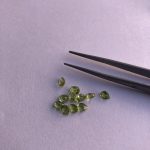 The stone is related to peace, love and probity, it infuses a sense of integrity in souls and initiates them think reasonably. When amulets are worn with Peridots, your asthma and sinus get peaceful healing.

Sometimes we often take ourselves in the path of negative thinking, fear, depression and jealousy where we end up fusing with our life and relations.  The power of Peridot is so vibrant that it flashes them out and makes your thought more calm and cheerful. A stone known for its love and to foster love brings out openness in mind, relaxation and gratify healthy relationship value in the life of people.

Whatever is the occasion it will always look stunning on you whether worn in a Ring, Pendant, Necklace as it is an outstanding Gemstone to exhibit all the aspired things. The stone vibrancy increases with an increase in its color. A reliable noteworthy stone to have it in your Gemstone closet. 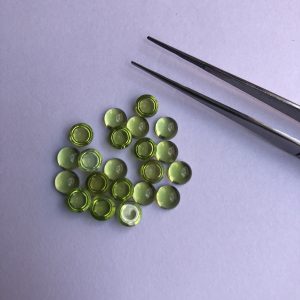 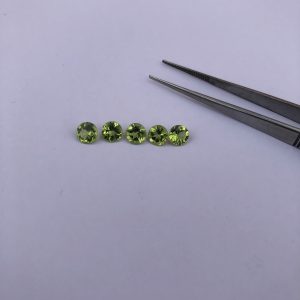 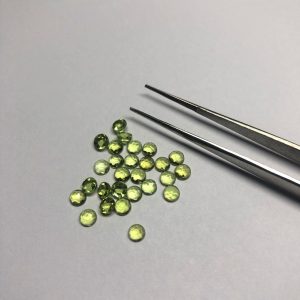