Home › Story of Each Gem! › Iolite – Every GEM has its Story!

Easy Tricks: How to Know If Gold is Real? Gold is extremely precious and also a serious reason behind real prosperity. You definitely feel p
Read More
1437

Iolite – Every GEM has its Story! 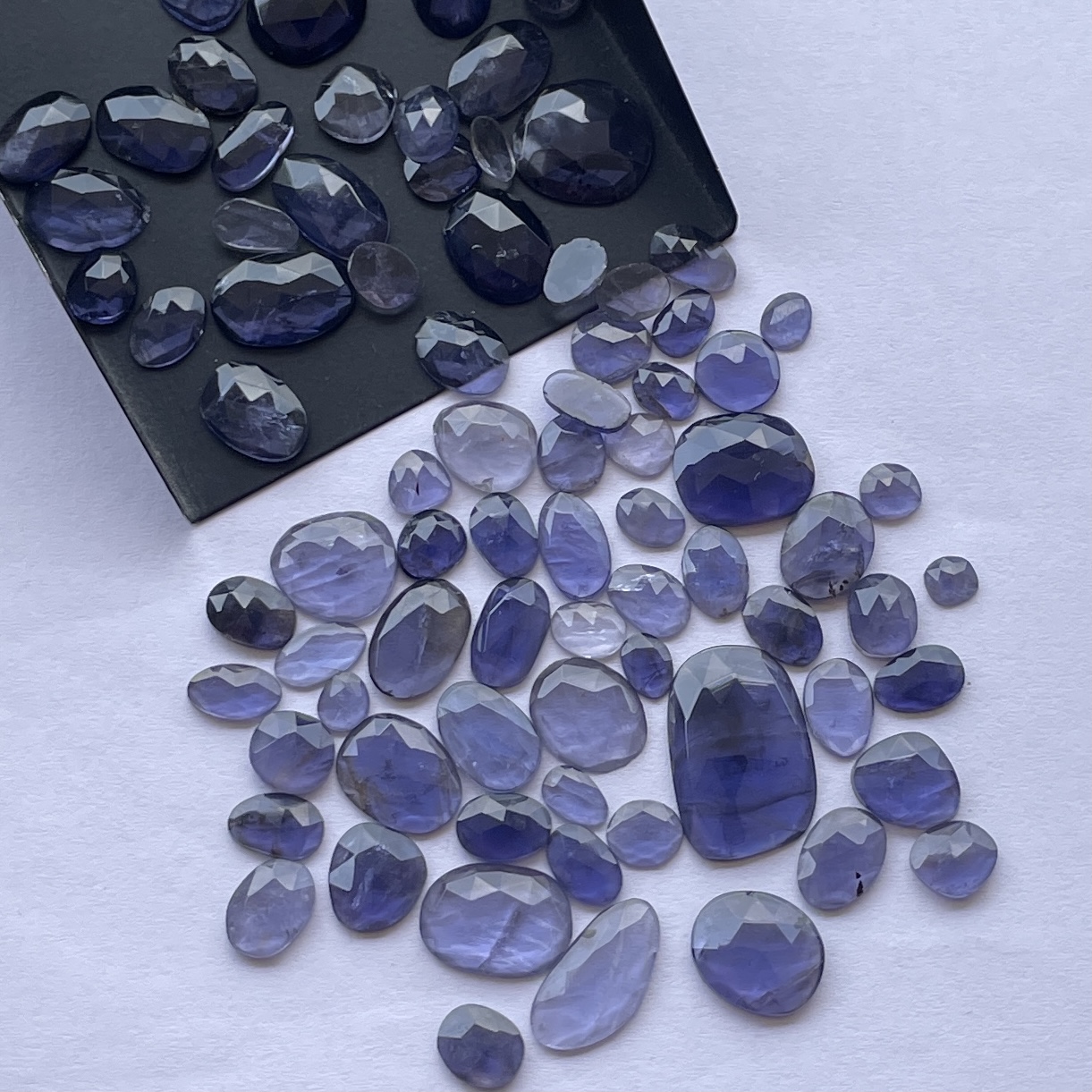 “Welcome to the World of Iolite” 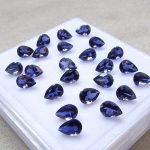 Fight your antagonists in the field says, Vikings because you cant burn your place, when life will give you challenges you have to justify your glory, fearing will knock you out one day, you are a Viking in your life, and your weapon is Iolite indeed.

Like a mysterious, bracing winter, there was a shade of violet-blue spiritualist in the journey of dreams and hunch called as Viking’s compass to get the vision of moving from one realm to the another, Iolite Gemstone it is to traverse your spirits.

The stone is magical and so the month is because December says, Hey! Iolite I am your birthstone, and let’s transmit light creatively when viewed from diverse directions because Pleochroism is what we are.

When Leif Erikson and the other legendary Viking colonists staked far out of Atlantic ocean and to help them to ascertain the position they had a latent weapon: Iolite and that where it steered us to its inception… 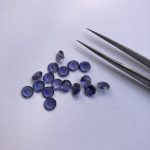 A lucid variety of Cordierite as the stone is rich with iron, magnesium, and aluminium. The word Iolite is a Greek word for violet and so the color of this transparent to a translucent Gemstone. The polarizing filter of Iolite was first used by the Viking mariners as it extracted the sun’s position for them to navigate safely.

Iolite sometimes used as an inexpensive alternative for the Sapphire as it is much softer than Sapphire and found sufficiently in Australia, Burma, Canada, Brazil, Yellowknife area of the Northwest Territories, India, Sri Lanka, Namibia, Madagascar, Tanzania and the US.

A water Sapphire Gemstone in its deep Blue Sapphire color is the other name for Iolite. Just like its fellow Blue Gemstones 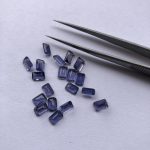 Sapphire and Tanzanite, Iolite is pleochroic- as it spreads light differently when observed from different directions.

There are some sacred texts in which Iolite is also known as Neeli as its powers are considered equally to Blue Sapphire. Iolite was named after a French geologist – Cordier. Iolite does precisely what a Polaroid do: it eliminates steam, vapor, and clouds to form things seem more open. The Gemstone has been cherished and utilized for a hundred years and divulged about in every jewelry within the eighteen century in Europe but to the latest, it is used moderately sometimes. 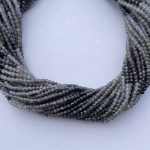 A kind of Cordiert Gemstone Iolite serves as a third eye Gemstone and to a lesser extent, the crown Chakra. The stone is spirituality squared and is said to induce vision back when placed on the Third eye. This Viking compass can be light to deep blue, and ordinarily has a purplish tincture to it. More profound colored stones are more marketable. The tint of the Gemstone can be easily mingled with Tanzanite (Blue-violet gemstone variety) of mineral Zoisite as they both hold strong Pleochroism.

In the context to Iolite’s quality, the stone’s color shifting impressions from violet-blue, yellow grey and a light blue can be perceived as a fruit of Pleochroism.

The stone popularity is varied and notable but quite the fact that rare Iolite is the finest stone. Relatively hard stone with the rating of 7-7.5 on the Mohs Scale… Yeah! Giving a stoning hard competition to Tourmaline, Tanzanite, Peridot and all the Quartz varieties. 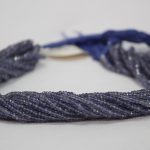 The stone got into the practical structure in heating implements, and electrical insulator. To put this in your record, it’s your 21′ st wedding anniversary, and you didn’t think of any gift for your Gem… Look at the Iolite relatively reasonable priced Gemstone and a perfect Jewel Gem for the Gem of your life.

When talked about the cut then faceted shapes are gorgeous to perceive in the closet, and what if you are being praised in your kitty parties for the jewelry you are wearing (though many are made synthetically but who minds if the quality with look and feel goes same as natural …. yeah in your budget) then, this transparent mineral Iolite is the ultimate on for you that comes in the stated essence and significance.

I Heal by Healing you… As Iolite have Healing Powers – 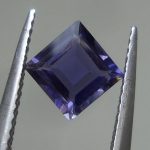 An unlit instinct became cheerful when the spiritual growth was growing in a positive direction, and the one who had many emotional attribution humbleness got them enhanced and mastered.

Iolite the stone which strengthens one’s eyesight opened the path to the inner self.

Just… Just do not ever feel you lack motivation or disorientation, but if ever you got into that dunk, It is the Healer to your sufferings.

Yeah! Your last story was terrific, Your poetry is so blissful, You really make a great artist… But what happens? Are you lost with your creative insights?… You must be lacking some Iolite Healing in your artistic blood. It will Heal you to get back on the writing trackback again. 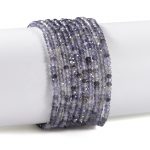 A calm and active mind makes the body firm and enhances focus, but if your spirit is overactive and you lose focus, it will Heal you to pass it through.

Your psychic saga is the twilight to your life as this beautiful violet-blue Gemstone will stimulate it back. Don’t let your family stay in a dilemma use Iolite to increase the endeavor in them. While you do good to others and still feel held in your heart, then it will Heal you to get yourself free from the undue expectations. Just like the color which is evenly spread in the crystal Iolite will incorporate the energy consistently to encourage more meaningful goals, esteem, learning, cognizance and higher mindfulness as it undeviating impacts the crown Chakra. 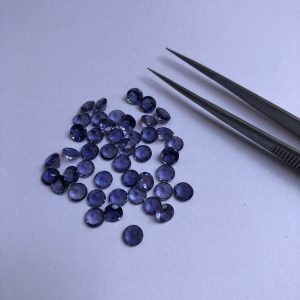 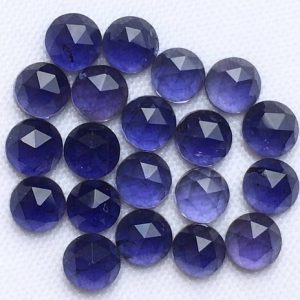 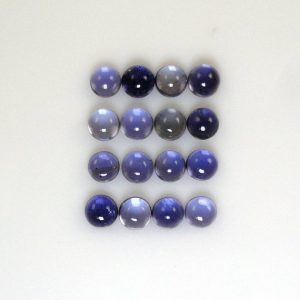