Home › Story of Each Gem! › Burma Ruby – Every GEM has its Story!

Welcome to the World of Burma Ruby

The color as dark as the Blood of a mighty ruler, the powers as strong as the strength of a fierce soldier, Burma Ruby is the stone of the Kings. Ruby with its blood-red color builds a World of immense power and boldness. A World where fearlessness blows in the Wind and royalty flows in the blood. Ruby is the savant that stands out among its peer. Its aesthetic Beauty that cannot be matched and its mystical strength that out powers all the others, makes it the kings of all Gemstones. This Brilliant and splendid Gemstone is the Birthstone of people born in June and July. Burma Ruby is a Gemstone of great value.

Let me Tell you My Origin – 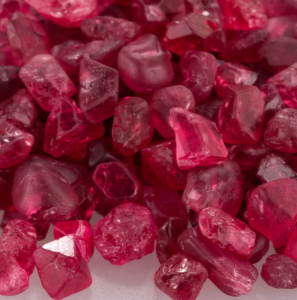 Burma Ruby is red colored Corundum. Corundum in its pure form is usually colorless and the colors are acquired due to the presence of trace elements. Ruby is one of the rarest and most valuable Gemstones of the corundum family.  Their colors range from pink-red Ruby to a vivid pigeon blood red. The red color is regarded as the finest form of corundum. Famous for its Beauty, durability, and rarity; it is the quality of the color which plays the determining role in the value of Rubies. The pigeon blood red color is that kind of a red traffic light, a fluorescent red of high intensity. Burma Ruby holds very high demands. It is mainly produced in Myanmar and hence its name. Other producers of this Gemstone are China, Africa, Sri Lanka, Thailand, and India. Burma Rubies are sold at Myanmar’s Gem auctions. The most famous source which produces the finest quality Burmese Ruby is Mogok Stone tract situated in Burma. The price of Burma Ruby depends on the size of the Crystal.

Talk About my Use and Purity –

Burma Ruby or Burmese Ruby as they are often called, are the most desired and top-selling Gemstones in the World. Apart from its blood-red color, it is found in various other shades ranging from red, blood red, vivid red, pigeon blood red, pinkish red, orangey-red, purplish-red. The presence of red color is due to the trace deposition of chromium. Its hardness ranges 9 on the Mohs scale, making it one of the hardest known Gemstone. It has a trigonal Crystal structure with its refractive index ranging from 1.75 to 1.77. Burma Ruby has glassy vitreous luster which enhances its Beauty.  Due to its hardness and its exuberant color and Beauty Burmese Ruby is one of the most desired Gemstones. It is highly used in making Jewelry of all sorts such as rings, necklaces, pendants, and earrings. It is also a favorite among collectors. Burma Ruby is cut in various shapes Oval, Round, Emerald cuts and Cushions are the most popular.

I do Have Certain Powers –

Burmese Ruby has long been considered as the stone of Kings. Burmese Ruby is associated with wealth and power. It is believed that owning this Precious Gemstone can benefit in a lot of ways. Burma Ruby is a Stone of protection. It has mystical Powers that provide personal protection to its owner. Wearing this brilliant red Gemstone to the left side of your heart protects you from the evil Powers surrounding you. Due to its Blood-Red Color, it is considered a Blood Stone and possesses great Powers in Healing any heart and blood-related problems. It regulates proper menstruation and alleviates any pain associated with it. Burma Ruby is used in detoxifying blood, blood vessels, and lymph and also stimulate proper blood flow. The color red of this Precious Gemstone is its most valuable asset. Red is one of the most powerful colors, Burmese Ruby feeds the passion, motivation, and energy in the soul. This Gemstone inspires one to follow their life’s goals and motivates them to work hard. Ruby enlightens one’s soul and leads them from the darkness to the light of one’s life. It offers lessons in mastering the transformation of thought and intent into physical manifestation in order to change one’s world. Burma Ruby removes any past hurt and feelings of despair from the heart and fills it with the feelings of Love and Joy. It is a strong uplifting stone, alleviating the feelings of anxiety and stress and putting you in a better mood.

Yes, you are the one

Burmese Ruby, the King of Stones and Queen of Gems is a Precious Possession that one must-have. Its Beautiful dark red colored Crystal, when worn as jewelry, will give a Royal Look to its owner. With its Glittery shine, it will capture everyone’s eye and make you the center of attention. Burmese Ruby with its Healing and spiritual power help you in leading a successful Life surrounded by positive energies and peaceful vibes. Burmese Ruby with its Beauty Combined with its mystical powers is worth the value. 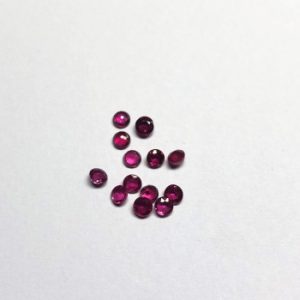 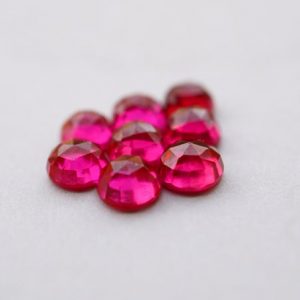 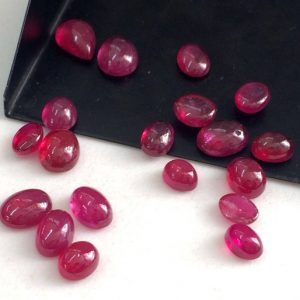