Home › Story of Each Gem! › Ocean Jasper – Every GEM has its Story! 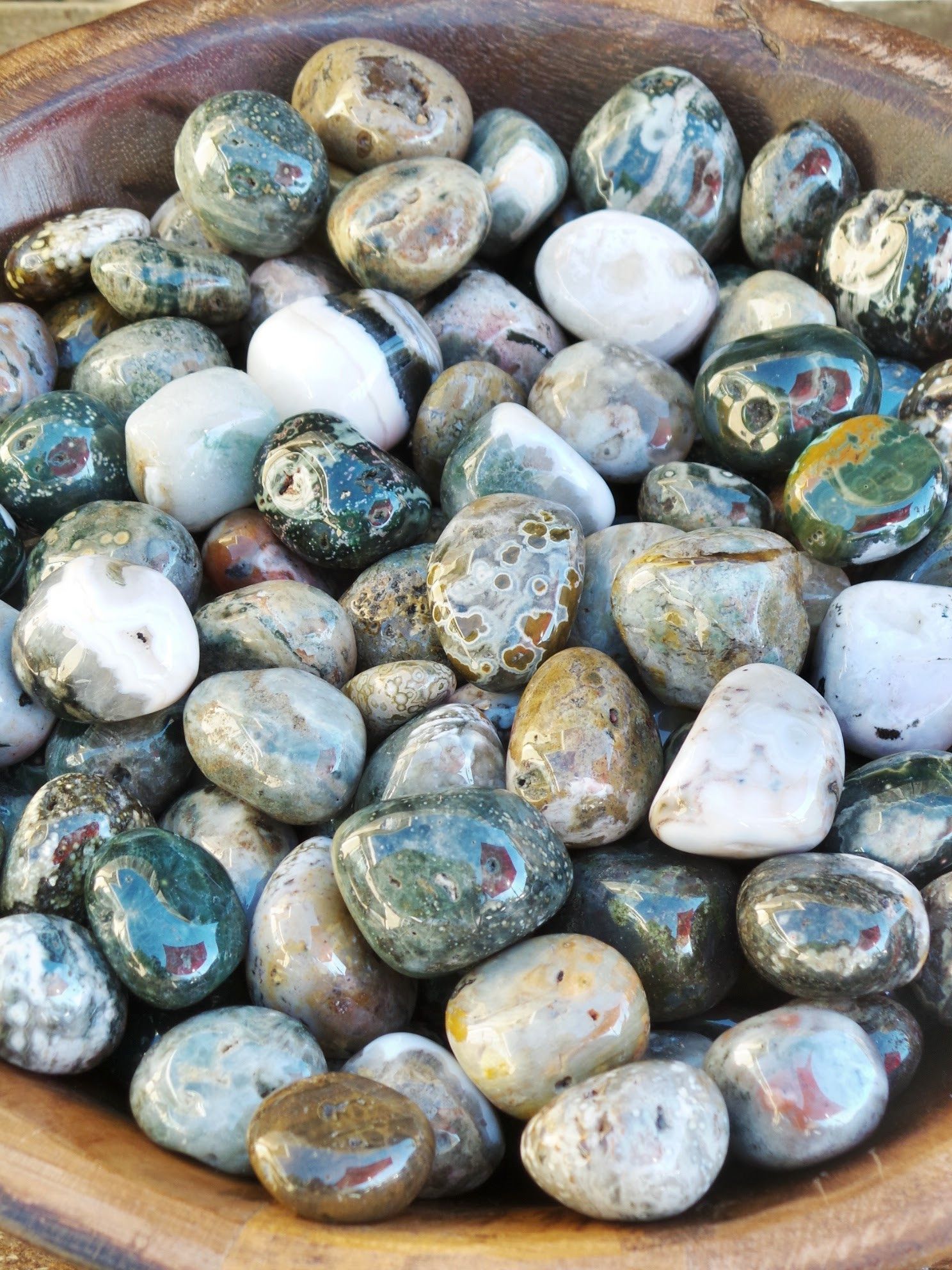 “Welcome to the World of Ocean Jasper” 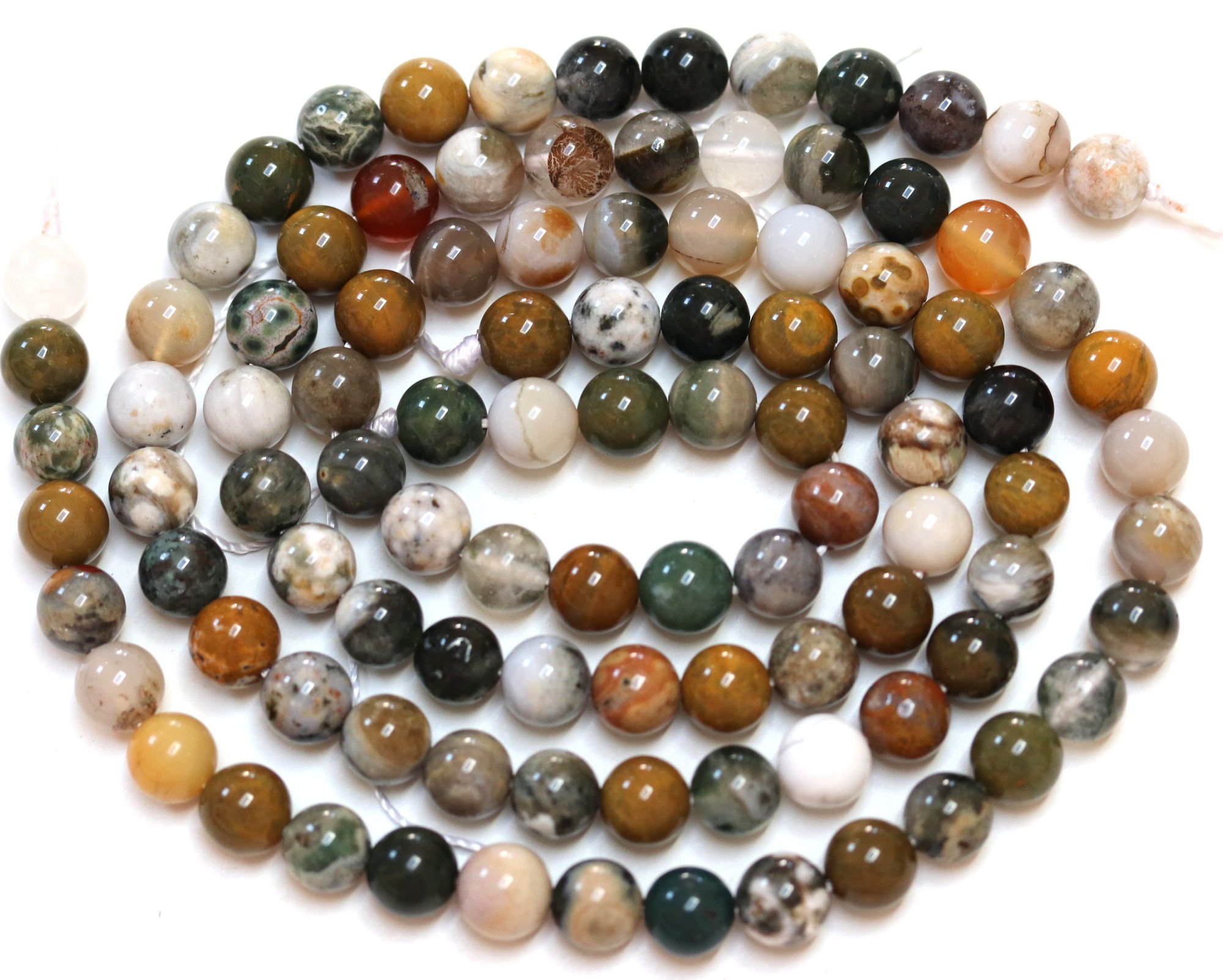 Ocean Jasper is the very glittering Gemstone that is found in multicolored, very stunning views and typically, prescribed as orbicular Jasper. It is found in a spherical structure. It is not translucent and this cut is found exceedingly thin. The thin segment of this Ocean Jasper is checked up under polarized light then it’s manifested to be stringy chalcedony. These seem flowers like mold, among pearl of chalcedony and quartz.

This Gemstone is very advantageous and has a glittering shine in its appearance. Ocean Jasper is also called Sea Jasper and found on the bank of Madagascar, mined at the low stream. These can be seen in many distinct unique hues like Blue, Black, Green, Red, Pink, and white as well. The wild polka dots, Undulated streaks enhance its spectacular and make it aristocratic and excitatory Gemstone. If we talk about its most common color e.i. yellow and green. 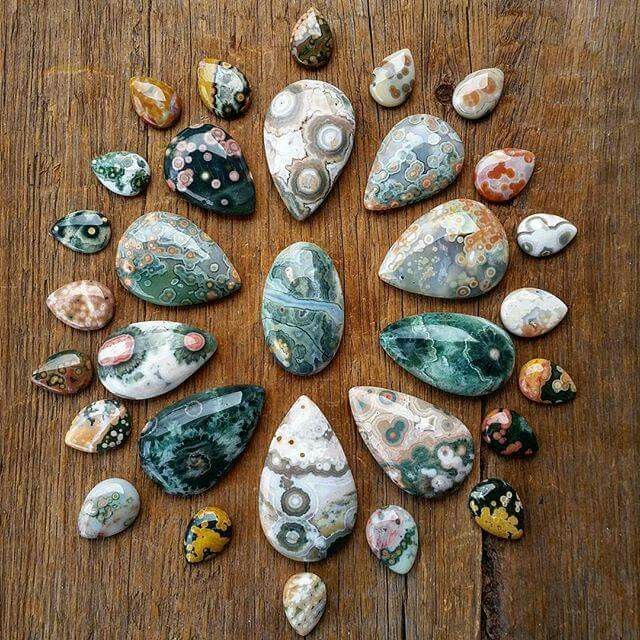 Ocean Jasper is derived merely from the one region Madagascar and has two distinct deposits e.i. Marovato and Kabamby. The Marovato represents as many Stones in Malagasy. The one deposit is a nearby place of Marovato, straightly on the shoreline that is known for its multicolored ovals. These seem semi-translucent in view. The second other deposit is near the Kabamby known for its compatible green and yellow hues, Gauzines, and geometrical structure.

These are extremely valuable in comparison to other Gemstones since these are not found easily like other gems in many regions. In order its availability, this Jasper had been found in four distinct veins that quested in Marovato, and all gems Outputted in somewhat different figures. The first vein was mined in Marovato from 1999-2006 and it was the largest veins. It had a broad range of colors, red, yellow, and certain most apparent ovals, and oftentimes in bulls-eye. It was about 35′ long and 15′ wide. 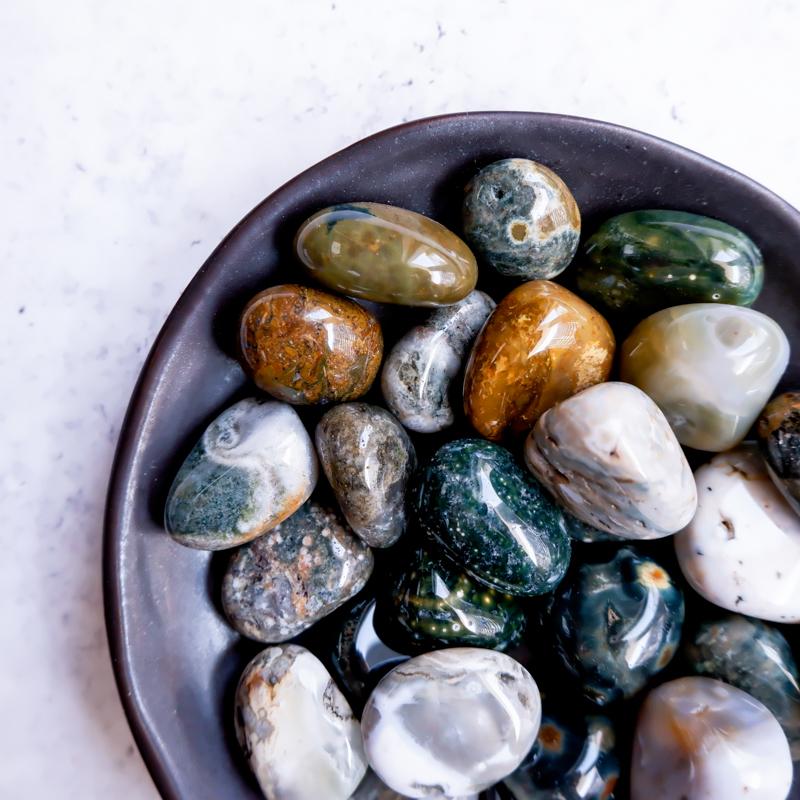 The second vein at Marovato was found from 2005-2006 and has a broad range of colors red and yellow. It was about 35’ long and 15′ wide. Third veins were derived in 2013 and had the inclusion of Green, Pink, White, Yellow, and certain apparent putting Stone. It was about 10′ long and 7′ wide. The last fourth veins were got in 2014 and had 23′ length and 16′ width. It was in Green, Pink, White and oftentimes yellow. Certain these Jasper Stones were found in Kabamby that had dark green, golden yellow, pink, red and white hues and found in 2002, since then till present, these occur.

Ocean Jasper is derived from merely one place at Madagascar and also can be mined at the low stream. The history of this Stone is very enigmatic. It arrives from the water because supposed to gather along the shoreline. But the first and second Marovato veins were derived on the Seacoast. This is named by the Paul Obeniche and Eugene Mueller of the Gem Shop. These partake like Backwash of water mines were quested along the shoreline that’s why it known as Ocean Jasper.

Because it has certain specific powers in using it’s quite brought in use and highly Sought. Typically, Ocean Jasper is referred to as opaque Stone. It has a lower category variety that is Merchandised as Ocean Wave Jasper. The huge production of this Gemstone is at Northwest seacoast of Madagascar nearby the village of Marovato. The features and strength of this Jasper are allied with the activity of the ocean.

My Use and Quality – Ocean Jasper 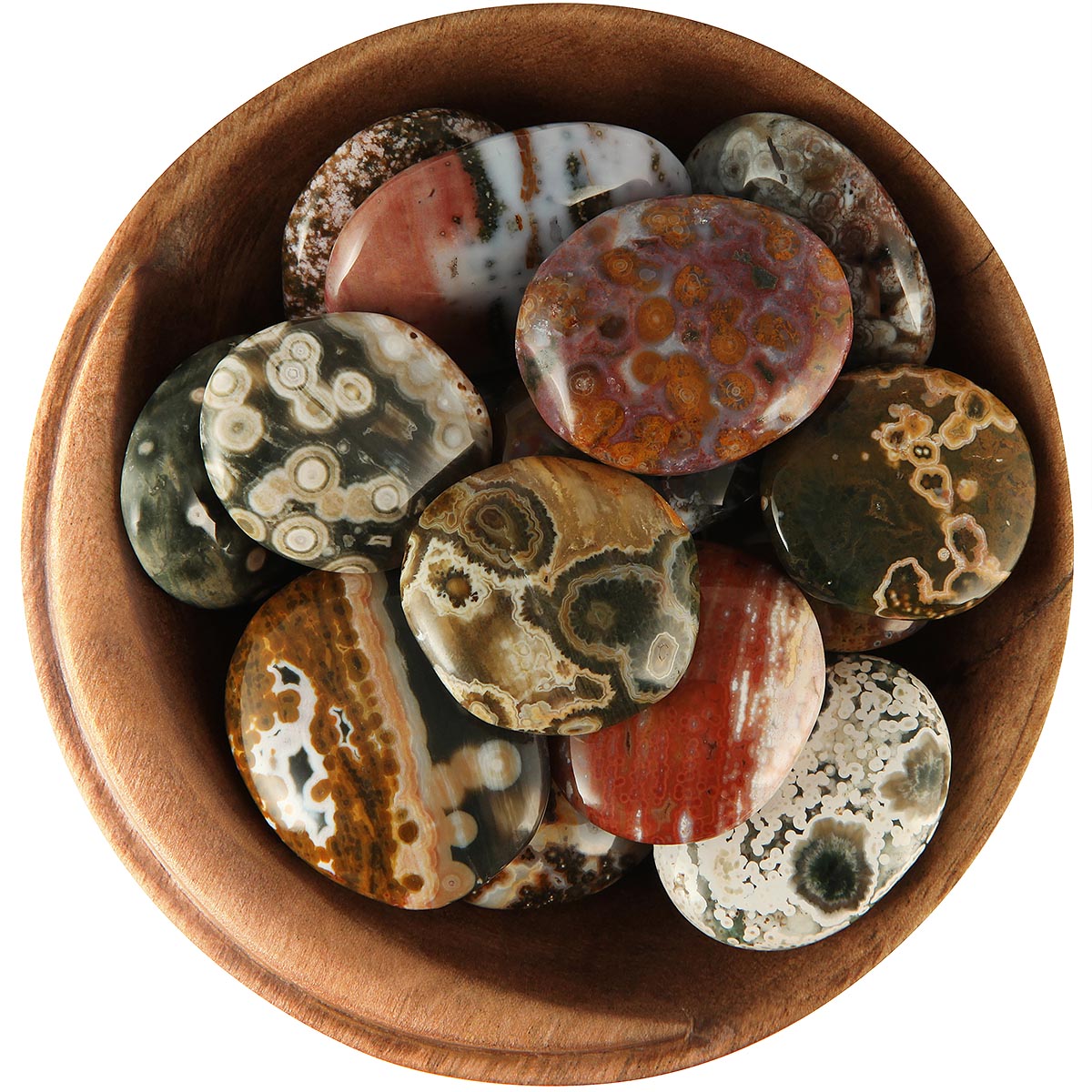 Ocean Jasper is supposed that reminiscent us to remain with an unveiled heart and peaceable mind. Open to the plurality of global powers. Ocean Jasper is allied with the heart chakra. Particularly, which Gemstones are exquisitely green in ethos? Ocean Jasper is very pure and the glare of these cannot be enhanced by any method. These can easily be cleaned since these are sealed with certain petroleum products so they should not be accurate with water. Water using can recapture the wrapping and its shine. The best way to neat it is clean with a dried malleable fabric.

These are used in jewelry and easy to commute. 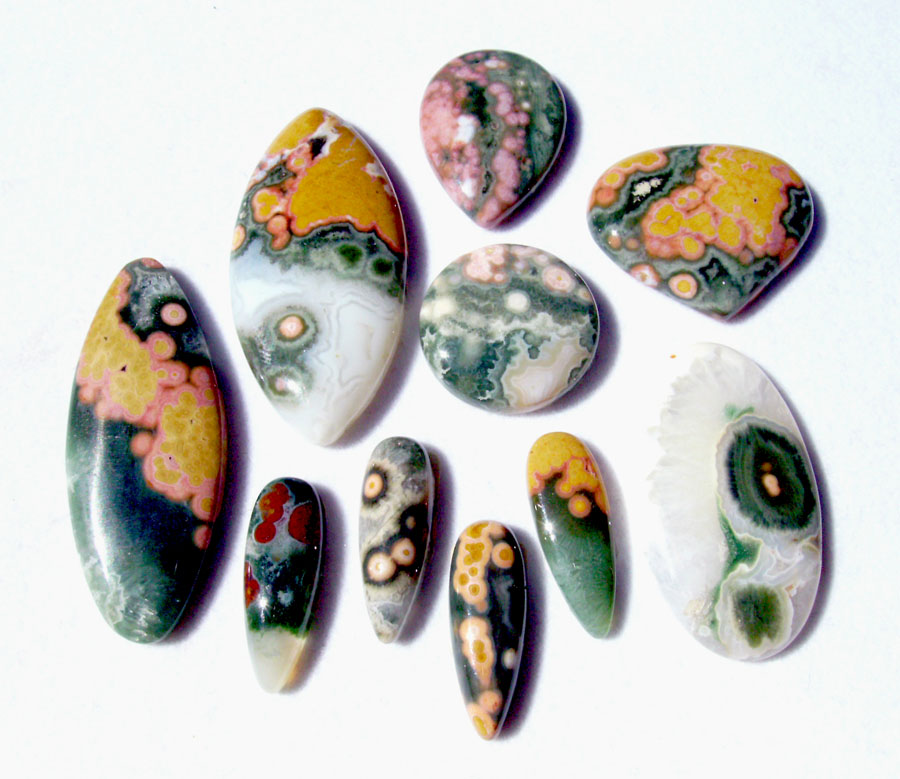 Ocean Jasper is supposed to very powerful Gemstones that have very specific powers. It allows the power to make energetic love relationships and personal bonding. It controls the emotional feelings and brings up a positive attitude in the human body.

It has healing powers, the ability to work in physical, psychological, and emotional healing. Ocean Jasper aid to clean the electromagnetic and pollution of environment inclusive radiations.