Home › Story of Each Gem! › Alexandrite – Every GEM has its Story!

Welcome to the World of Alexandrite –

Alexandrite have been found in Russia and in Brazil, though the Brazilian Stones do not display as rich a green color as the Russian Stones have been known for. They are also found in Sri Lanka, however there as well, the color Shades of the Stones are not as bright as the Russians. It has also been found in Zimbabwe, Burma, India, and Madagascar.

It is also known as “Friday’s Child.” It is an Extremely less in quantity Gemstone and a fairly modern in design. It does not reflect the ancient history and hike of most other Gems due to the fact that it was first found in the 19th Century. Alexandrite’s name comes from that the Gemstone was first found in the Emerald Mines near the Tokovaya River of Russia’s Ural Mountains in the 18th century, on the day of Prince Alexander II of Russia’s birthday. The history of the Stone’s that miners were working alone and collecting Emeralds from there. One miner gathered some Stones from mines and he took them because they looked like Emerald at the end of the day. In the light the Emerald Stones reflect an amazing Red Light, The miners were perplexed. In the morning when they came they saw the Emerald Stones were green again. Then they feel that they had discovered a new Gemstone. 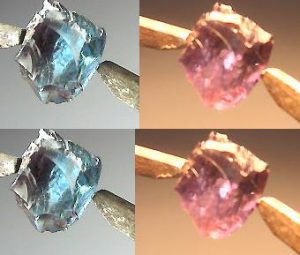 Alexandrite is a beryllium, Aluminium Oxide. It is exactly a Chrysoberyl which related or similar to the Oxide Class of mineral in mines Alexandrite is named for the previous autocrat of Russia, Alexander II, and was first found in the Ural Mountains of Russia, as far as anyone knows upon the arrival of his introduction to the World. Alexandrite has since been found in Russia, Australia, Brazil, India, Bangladesh,  Madagascar, and Myanmar.

Synthetic corundum spiked with trace elements that yield an Alexandrite-like color change are sold as Alexandrite on the Gemstone market. These Stones have a Red-Violet, close Amethyst shading in glowing light and a Blue-violet shading in the sunshine. they are some distance less expensive than herbal Alexandrites, which can be a number of the rarest and most pricey of Gemstones in the World.

They are a long way inexpensive than Natural Alexandrites, which are some of the rarest and most Luxurious of Gemstones within the World. The True, it has been part of the Earth for millions of years, but unlike many other gemstones, it wasn’t known and used in jewelry by the ancient Greek or Romans or any ancient peoples. It was discovered in the mid-1830’s in the Ural region of Russia.

Some believe that Genuine Alexandrites were discovered after a local peasant discovered Emeralds in the roots of a fallen tree which led to Emerald mines being opened in the area and that led a few years later to the discovery of a new Gemstone – Natural color change Alexandrite. The actual name of the person who first discovered this Gemstone is not known, but the first person to bring it to the attention of the public was Count Lev Alekseevich Perovskii, an avid collector of minerals and Precious Stones and also the man who was in charge of management of the Russian Imperial Family estates and income.

It has been said that Count Perovskii turned to Nils Gustaf Nordenskijold who had an exceptional and comprehensive knowledge of Gemstones, to examine the newly found mineral. It appears that Nordenskijold at first identified the mineral as Emerald but he was confused by the high hardness. And, it seems that he first looked at the mineral sample during daylight hours, set it aside to look at later, and then was looking at the specimen by candlelight when he noted that the color of the Stone had changed to raspberry-red. He later confirmed that the sample was a new variety of chrysoberyl. Count Perovskii, wishing to ingratiate himself further with the Imperial family, presented the rare Gemstone specimen to Tsarevich Alexander, future Tsar of Russia and named the Gemstone Alexandrite in his Honor.

Benefits and Purpose of Alexandrite –

Alexandrite encourages Romance. It is also said that through the Stone, joy enters the lives of people with too much self-discipline.

The Stone reminds us of our reason in Lifestyles and our starting place.

It gives hope to those who are in despair about their Lives.

It brings strength and continuously reminds them of the light. With its changing color, it is a reminder that life is not only what it seems to be.

Alexandrites are also useful for one’s emotional well being, as well as promoting self-esteem and the ability to be appreciative of the world around us. The Stone assists one in growing “inner energy adjustments” which correspond with age and maturation. Alexandrites can aid in centering oneself.

Metaphysicians say Alexandrite Crystals can be used to help one return to the starting place of time and to connect to the start of 1’s Development. 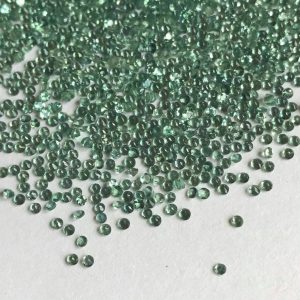