Home › Story of Each Gem! › Crystal Quartz – Every GEM has its Story!

Easy Tricks: How to Know If Gold is Real? Gold is extremely precious and also a serious reason behind real prosperity. You definitely feel p
Read More
2243

Crystal Quartz – Every GEM has its Story! 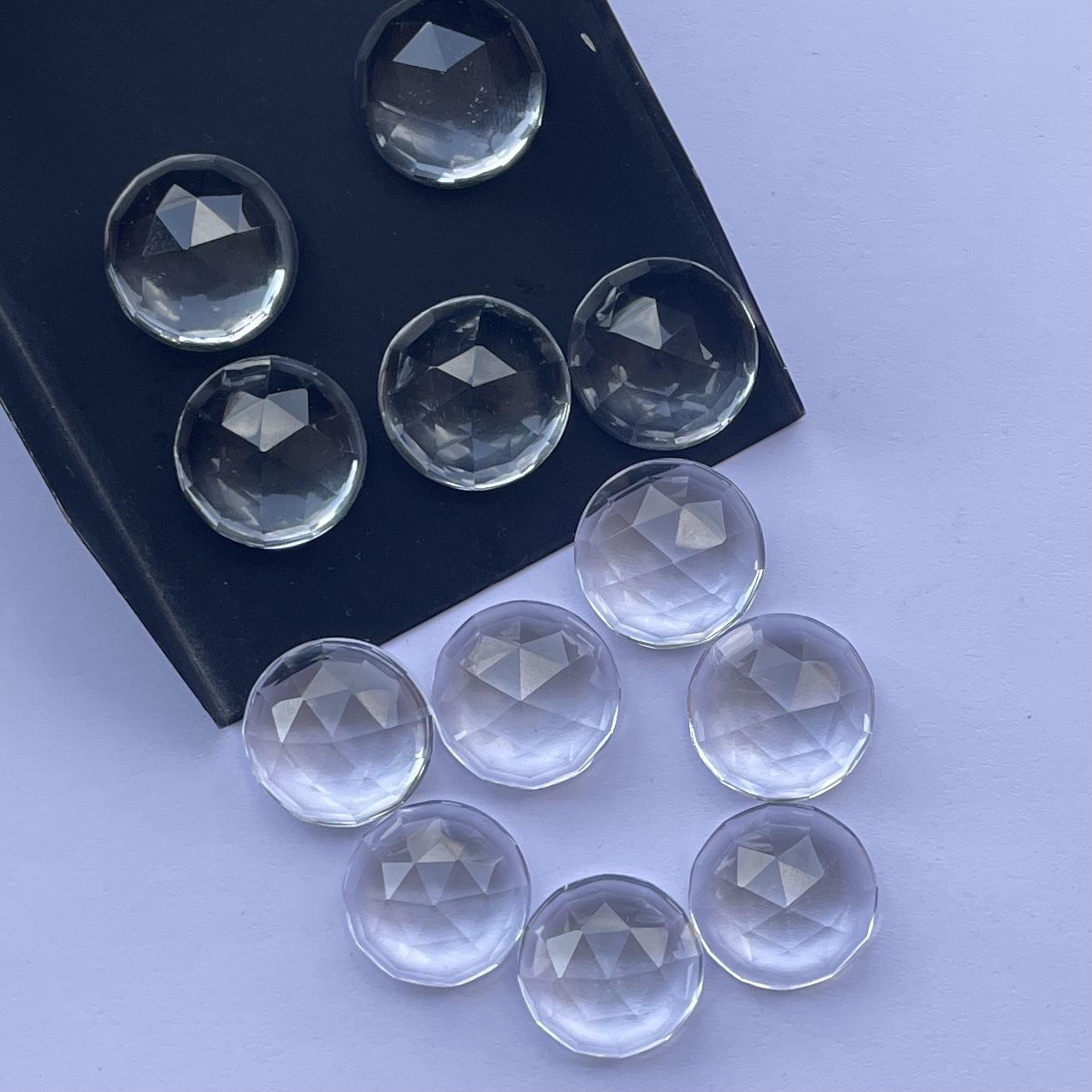 “Welcome to the World of Crystal Quartz” 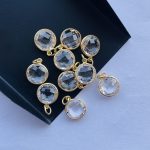 A spout of birds, iris nature, sunshine, and the absolute Crystal morning leaves behind the dark negative night making April the perfection in the whole Quartz world. The bottom edge is when people are not Clear Crystal about the perfect blue rays, it heightens negative Quartz making certain Quartz Grey, but there is always an ideal Crystal April morning as every masterpiece has got some flakes, soul of sunshine and token of faith.

A Gem of April, showers the soul flowers though the month has a fool day but who cares if it’s Quartz is Crystal with the stem because you would never want to eat and live with those shivered glasses of hopeless vibes where the wisp of the connection towards your divine mind is not crowned neither amplified with the subtle art of stimulating clear thinking towards your realms of spirituality.

Get into the base of your indication as this Gemstone, Crystal Quartz is powered with the rock star spotlights in the Gemstone industry, being iconic in the Quartz genus the Gem confirms the name itself as it gives your illusions a Crystal ticket to get along with you on the way to exhibit the thoughts in Crystal clarity like the sun’s first ray.

A Gorgeous Stone with a Mystic Origin – 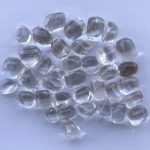 A Gem that can Heal your immune system is composed of silicon and oxygen atoms and is the second most mineral found in mother earth. Being extraordinary, bright, and the most common form of Quartz, Crystal Quartz is a source of light to humankind since ancient times in the most diverse family of Quartz lands.

The Gem is found mostly on every continent of the world, the USA, Brazil, Madagascar, and Arkansas are the areas where we can find the best quality of clear Crystal Quartz and its associates.

Crystal Quartz, commonly known as Clear Quartz or Rock Quartz, is the best gift from the mother earth as its smallest Crystal is the Healer.

The word fact is, Quartz came from the European word “Quartz” and is believed to be the actual living thing since centuries. 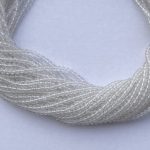 The tending in South and Central America hold that the spirits of their ancestors were contained in Crystal Quartz. Thus they called it as a vessel.

“Kwarts” is the pronunciation for Quartz. The Crystal Quartz is considered to be as a 10’th Anniversary Gemstone also Egyptians, Native Americans Indians, Africans tribes, Romans, and Scots believe this Gemstone to be a powerful symbol for meditation, to amplify spells and spiritual Healing.

Crystal Gemstone is a powerful stone to build an icy cold beauty afterlife as believed by the Egyptians as they carved the stone into amulets that were engrossed with the lifeless. The eternal incarnation of the stone is also thought in a few conventions, but in today’s world, the Gemstone is broadly used for its piezoelectric and Pyroelectric Crystalline Quartz reigns.

The Crystal Quality and Use of the Crystal Kwarts (Quartz)-

Extraordinary yet charming with Piezoelectric and Pyroelectric powers the stone is used to bring back the not aligned subtle bodies and Chakras with the divine, metaphysical properties it aids and 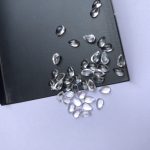 Ohh yes! It is one of the large and popular Healing stone found on the earth with many types of Gemstones produced by its teeming color. To add further, Quartz does have technological applications, a sense to transform energy into one form to another.

When the stone is pure,i.e., colorless and translucent, it is Quartz, and this Quartz perfectly stimulates crown Chakra. A Gemstone with electromagnetic energy and mechanical force ranges from 0.5 to 2.5 inches in length.

The quality is defined based on its cut, weight, and market demand with the dealer as the crystal will cost more is the mass per pound is more, and so the quality will alter.

Ever found it hard to retain, to get away from the vibes soaked in the splashes of negativity, then, for that Crystal Quartz is extensively employed to amplify the energy and drive the field of Healing from negativity to the sprinkles of positivity. 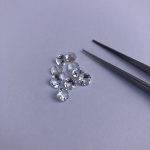 Do we have to question about your inclination towards Rings, Necklace, Pendants? We bet not so adding clear as a crystal that using crystal quartz in rings, necklace and Pendants serve as a mighty aid in your peculiar Healing.

There are Chakras which balances us, and there is one called crown Chakra on the top of our head that is the sure gateway to expand universe beyond out body and keeping Clear Quartz on crown Chakra heals you in balancing your energy.

The master Healer also a 10’th Anniversary Gemstone, you wouldn’t want to forget to gift him/her on your anniversary as the Crystal Heals you emotionally, physically and spiritually when held or kept on the body.

Who doesn’t loves a dream of a fresh start, energies, clear communication and also harmony with heaven, sounds fancy right but actually it can make you live up to all these as it deeply Heals you spiritually. 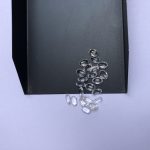 When a Gemstone becomes a beacon of positive light and energy in our daily thoughts, feelings and words, then, it tends to awake the un-awakened mind and tunes it to the universe.

Intensifying psychic abilities this Quartz stimulates and increases clarity, awareness, balanced energy, patience, and teach us how to live and laugh with all kinds of humanity, thus Healing us emotionally.

When emotionally stressed out or imbalanced then hold the Crystal Quartz to let it pass peacefully also for aspiring moments, carry the Crystal Gemstone or tumble stone to feel its energizing endurance and removes perplexity & augments meditation.

” A sudden sunshine brings spirits of youth as April being the birth month of magical Crystal Gemstone “Crystal Quartz”. Although the month is filled with rains & rays of sunshine which brings the flowers that bloom in may and heals you in a way & in every stem.” 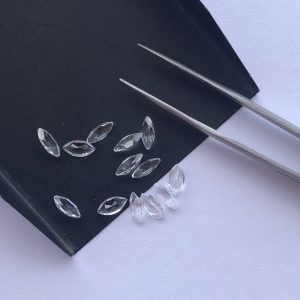 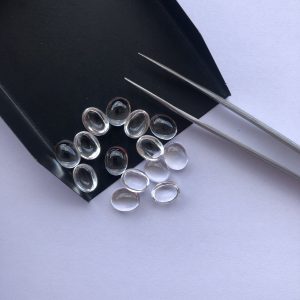 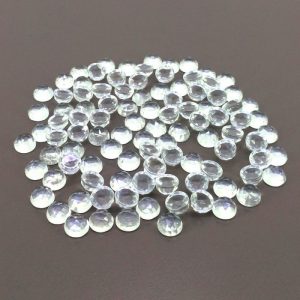